I am a classical archaeologist whose research focuses on the architectural history of later Roman Greece, a time and place that witnessed significant religious, economic, and social changes commonly associated with the “fall of the Roman Empire.” My study of spolia – parts of classical buildings reused in subsequent construction – not only calls into question long-held notions of civic collapse, but also suggests that intensive architectural survey can reveal important insights into the actions of builders who go unnoticed in the writings of the time.

This interest in exploring and sharing the hidden details of the ancient world also is seen in my effort to create digital tools for the study and publication of archaeological evidence. Since 2009, I have directed a project to create the Archaeological Resource Cataloging System (ARCS), an open-source software solution for public dissemination of digitized documents from archaeological archives. As Director of the Michigan State University Excavations at Isthmia, I currently am leading an effort to share openly the results of nearly five decades of archaeological exploration at the site, both through traditional print publications as well as a host of digital formats. 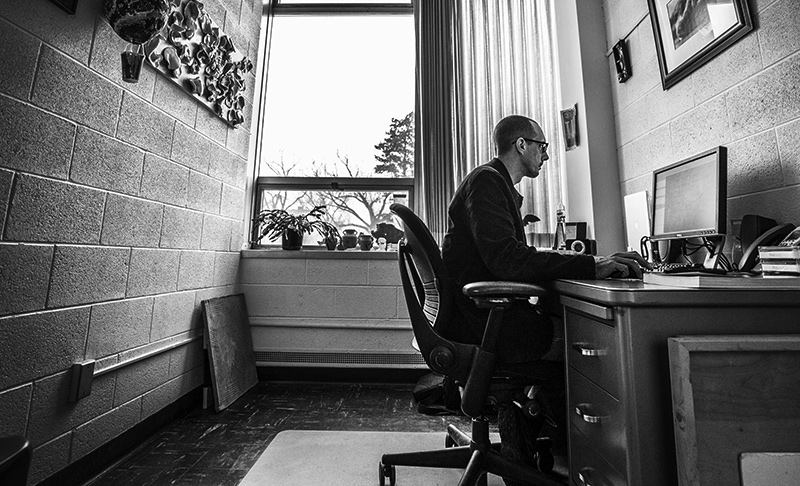 Because I seek to include my students in all aspects of my work, I frequently collaborate with undergraduate and graduate researchers in my fieldwork and digital projects. Each summer, I lead a study abroad program to Greece where students engage in hands-on learning about the sites, monuments, and continuing legacy of the classical past. During the regular academic year, I am engaged in an effort to utilize new technologies like immersive visualization and augmented reality to recreate the experience of being in Greece in the classroom setting.

View on ORCID
Scroll to top