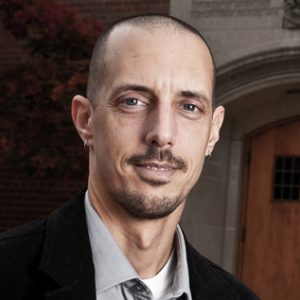 I am a classical archaeologist specializing in Greek and Roman architecture, with a particular interest in construction processes and the phenomenon of material reuse in post-classical antiquity. While the majority of my fieldwork experience is in the area of Greece known as the Corinthia, over the past two decades I have also worked in Egypt and on the islands of Crete and Kythera.  As the Director of the Michigan State University Excavations at Isthmia, I lead a team of researchers engaged in the use of digital tools to explore and publish the evidence about the ancient world contained in archaeological archives.

I am author of Spolia in Fortifications and the Role of the Common Builder in Late Antiquity (2015) and the recipient of an NEH Digital Humanities Implementation Grant.

A Spartan researcher and his team are using the latest tech tools to unlock clues from an ancient excavation site.

Michigan State takes on sponsorship of the MSU Excavations at Isthmia

Read about Jon Frey’s latest research in this College of Arts and Letters feature article.